Legends of Runeterra is Riot Game’s new collectible card game (CCG) based on the League of Legends universe. Players build 40-card decks based around one of LoL’s six major regions, and each region consists of unique champions and spells that offer a number of different playstyles.

To help you get a head start on the competition, we’ll be going over some of the best decks for Legends of Runeterra at the moment. Be sure to check back as we’ll be updating the list as the meta shifts. 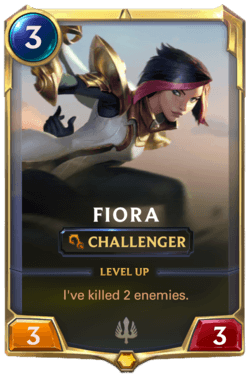 Fiora decks are some of the strongest decks in the current metagame. The goal is to slowly whittle down your opponent’s health with duels and skirmishes, using Rivershaper to get damage spells and cards like Fleetfeather Tracker and Laurent Chevalier to protect Fiora.

Once Fiora is sufficiently leveled up, you can use her Challenger ability to finish off the enemy. Judgement is also a great way to kill off low HP cards.

While Fiora is the main wincon of this deck, you can still manage to pull off some sweet victories even when you don’t draw into her just based on how strong the other cards are.

This deck’s wincon is all about forcing you and your opponent to discard cards and run their deck out, all while you draw into your strongest cards. While your opponent runs on empty, Augmented Experimenter and leveled-up Jinx can let you draw more cards when you have no cards in hand, giving you a huge advantage.

The early game is all about getting Sump Dredger and Zaunite Urchin onto the field to force fights with your opponent. Mid game, you should have Rummage, Jinx, and Experimenter to deal high single-target damage.

You should be constantly buffing Draven to increase his attack bonus. Kill annoying units with Draven’s Whirling Death ability. When the field is clear, you should be able to attack the enemy’s Nexus without a problem especially since the opponent will be card hungry. 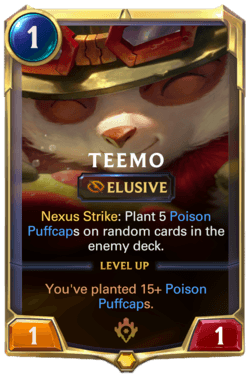 If you don’t mind being hated and love annoying opponents, Teemo decks are probably right for you. This deck can plant toxic shrooms into your enemy’s hand, causing them to take Nexus damage every time they draw cards.

Having Puffcap Peddler on the field allows you to plant eight mushrooms for every Mushroom Cloud card, so it’s ideal to have this out as soon as possible.

Once you’ve planted more than 15 Poison Puffcaps, Teemo levels up and can double the number of shrooms in the opponent’s deck whenever they take Nexus damage.

Teemo doesn’t have the most powerful stats, but he’s hard to defend with his Elusive ability. Only other units with Elusive can block Teemo, allowing you to chip away at your foe’s health. 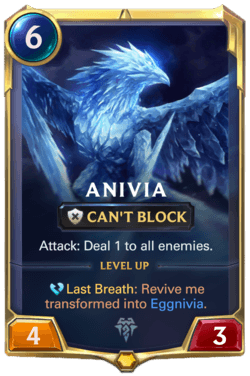 If you’re a fan of shutting down aggro decks, then this Anivia and Tryndamere Control deck is for you.

Since Anivia and Tryndamere both revive stronger than they died, this deck is a monster if you can make it to the late game. With cards like Avalanche, Grasp of the Undying, Vengeance, and Withering Wail to remove pesky threats, that shouldn’t be too hard. The Ruination can also be used to wipe the board.

This deck relies on a lot of mana heavy spells, so Catalyst of Aeons and Wyrding Stones are excellent items to ensure you always have enough mana to cast cards.