As a kid, Maple Story was my life. I spent all my free time in the game, even going so far as waking up in the middle of the night just to play.

I was fortunate to have played Maple Story during the open beta around 2004. The game was truly special back then, with a strong social element that I’ve never found in any other game since.

I’ve made many attempts over the years to try and relive some of that past glory, but the game never felt the same. Original players had left and the playerbase was older, more reserved, less prone to making friends.

Leveling up and making as much money as possible became the primary motivators. New maps and monsters were introduced, and experience was easier to come by, leaving old maps deserted and players spread out farther. There were also just four classes, a far cry from the current state of the Maplestory classes and their DPS.

Still, every once in a while I’ll throw on some old Maple Story soundtracks and instantly get transported back to those good ‘old days. Here are 10 of the best MapleStory OSTs that are sure to leave you feeling nostalgic.

Lith Harbor: Above the Treetops

You never forget the first time you make it off Beginner’s Island and land in Lith Harbor. The first thing you’re greeted by is this beautiful, calming background track.

The area around Lith Harbor is where you first start grinding by killing those blue snails. Ribbon Pigs were actually quite difficult to kill and people who underestimated them would experience their first deaths.

Lith Harbor was also home to frequent GM meetups, which could cause the server to lag even harder than in Henesys Free Market. Henesys Hunting Ground was a popular place to train at low levels. You could kill snails, slimes, and orange/green mushrooms with dozens of others all on the same map. Sometimes you’d find a coveted pan lid.

You’d also get the occasional high level (which at the time was level 40) dropping by and clearing mobs with one attack to show off. In fact, in later years this map would essentially only be filled with high levels as a place for them to chill and goof off with each other.

Unfortunately this map was one of many to be deleted post Big Bang patch. But at least we can remember it with its soundtrack. Henesys used to be the location to just idly sit in a chair, play Omok, and just hangout with others. Regardless where you might have been grinding, you’d make sure to find your way back to Henesys afterwards.

And of course, we can’t forget about the Henesys Free Market.

Along with Henesys, Kerning City was usually the other go-to hangout spot.

You’d spend a lot of time trying to time your jumps just right such that you’d make it to the third sewer, laughing at those who constantly fell short.

Of course, Kerning was also the place to find PQs by spamming J>PQ over and over. Bonus points if you had a track and an autoclicker. It’s hard to listen to the Ellinia soundtrack without also hearing the dying sounds of stumps and slimes. Out of all the songs, this one is perhaps the most nostalgia inducing.

Much time was spent grinding here, especially if you were a Mage class at low levels. Unfortunately, this map is basically all but empty nowadays. 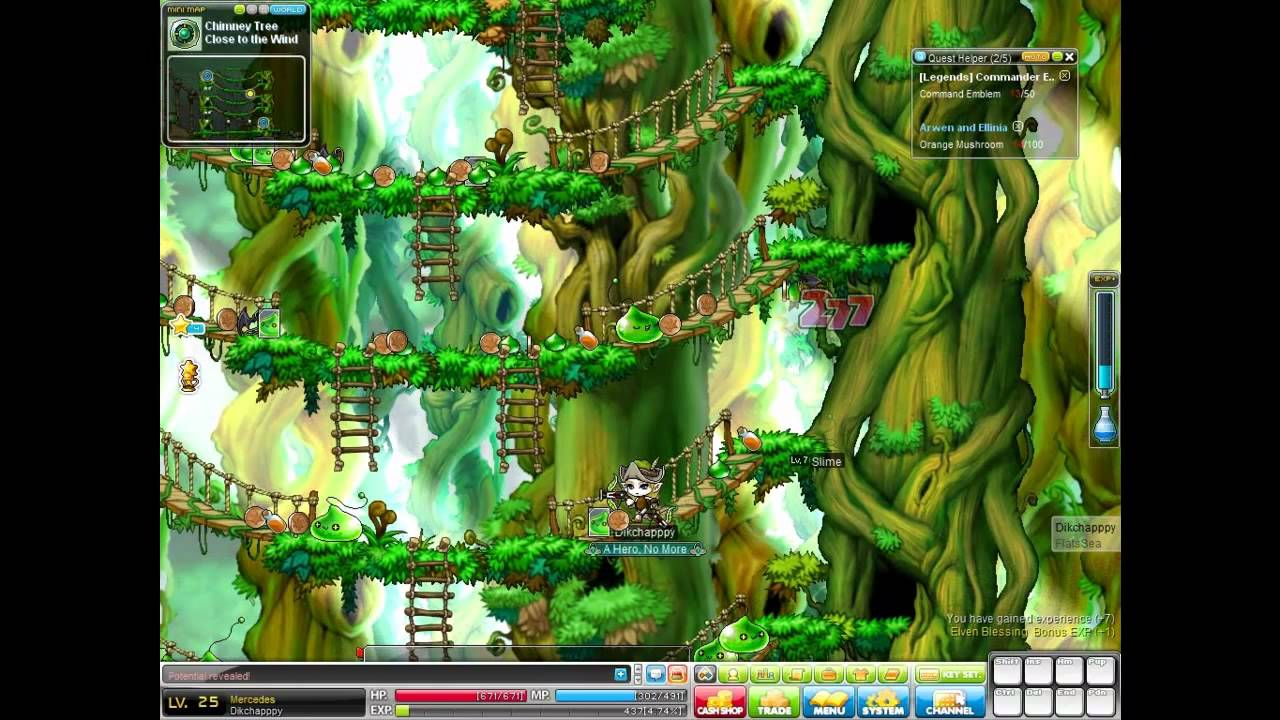 Orbis: Upon the Sky

One of the saddest things I noticed when I came back to Maple Story over the years was that no one ever took the Orbis ship anymore. Faster methods of transportation were introduced and people rarely needed to make the Victoria Island to Orbis trip.

The Orbis Ship used to be filled with 20-100 people and it was an event just to catch a boat. People would be outside playing drop games, trying to jump to the top of the mast, and some poor souls would go AFK and get killed by Balrog. The rest of us would go inside that little cabin.

For a level 20-30 something, the Balrogs were the scariest monster ever. In the soundtrack above, you knew you were safe if the song didn’t change after the 0:54 mark. 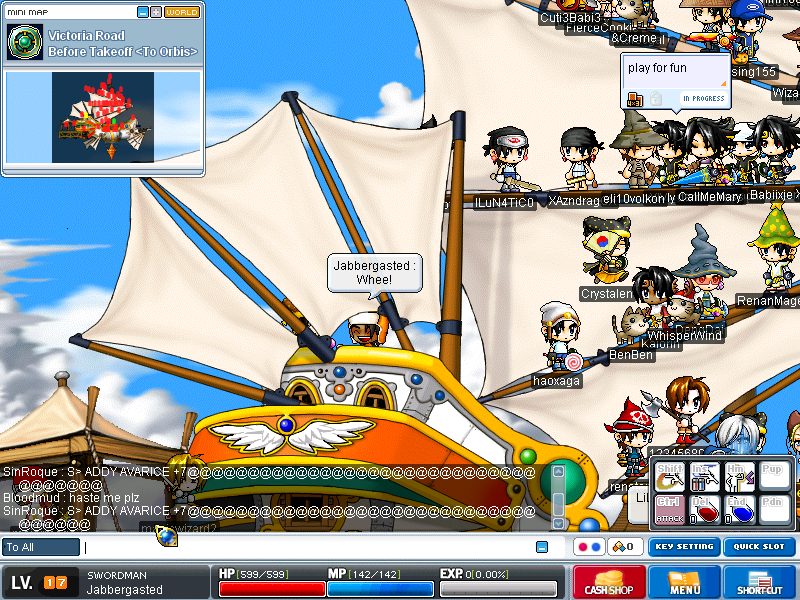 When Orbis first came out, people were clamoring to get to the new island to see what it was all about.

The hype was real… except when you realized you spent your last 80,000 mesos traveling to Orbis, and your level was too low to actually kill any monsters.

Or when you tried to get to El Nath from Orbis through the Orbis Tower, only to get stuck midway with no potions or porridge left. 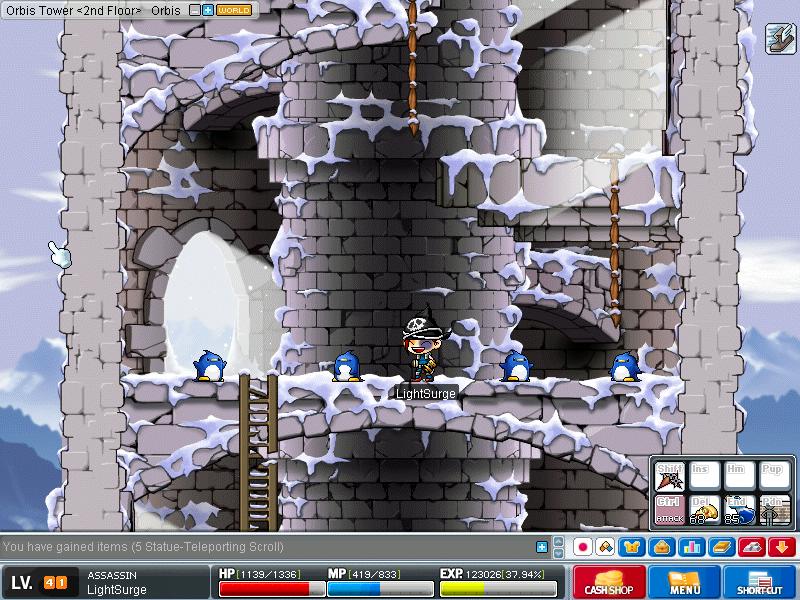 The 3rd job hadn’t come out yet when I started playing, so El Nath holds a special place in my mind as I remember how hyped I was that a new region had finally come out.

In Orbis, El Nath was generally the place you’d go to chill after a long time grinding. You could take your snowshoes off and just glide along the floor with others.

El Nath’s soundtrack is one of my personal favorites just because of how soothing it is. It just makes you feel comfortable and evokes memories of snowy Christmas days. 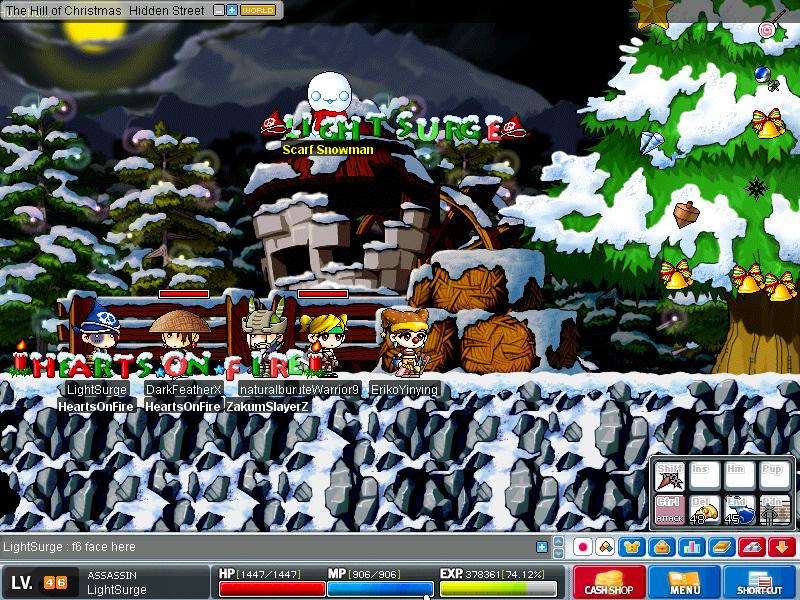 Ah, the Maple Story Cash Shop. Where far too much time and money was spent on aesthetics.

I can distinctly recall one of the first things I ever bought from the Cash Shop was a new hairdo. This was back when male characters only had 4-5 of the default options to choose from, so just having bangs on your character was a big deal. I definitely tried to flaunt it as much as possible. 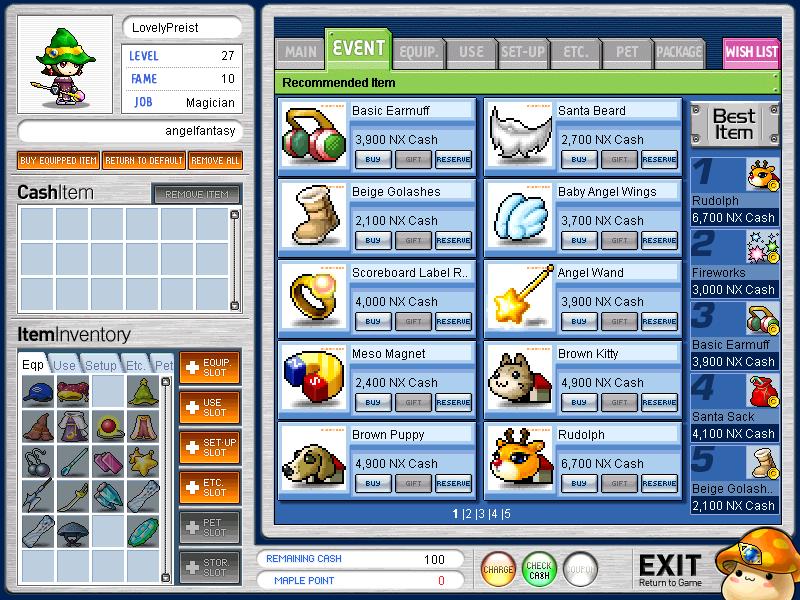 Last but certainly not least, is the first song you ever heard when you started playing Maple Story: the title song.

Just listening to this one song alone is enough to bring back a wave of nostalgia and fond memories of all the times spent playing Maple Story. I’m sure I wasn’t the only one who just idled in the loading screen to hear this song play out.

Other memories of this song in particular were when you got disconnected in game and got booted back to the login screen. Or trying to log in to Scania when it was at full capacity. And spending far too long in the character creation screen trying to roll the perfect stats for your character. 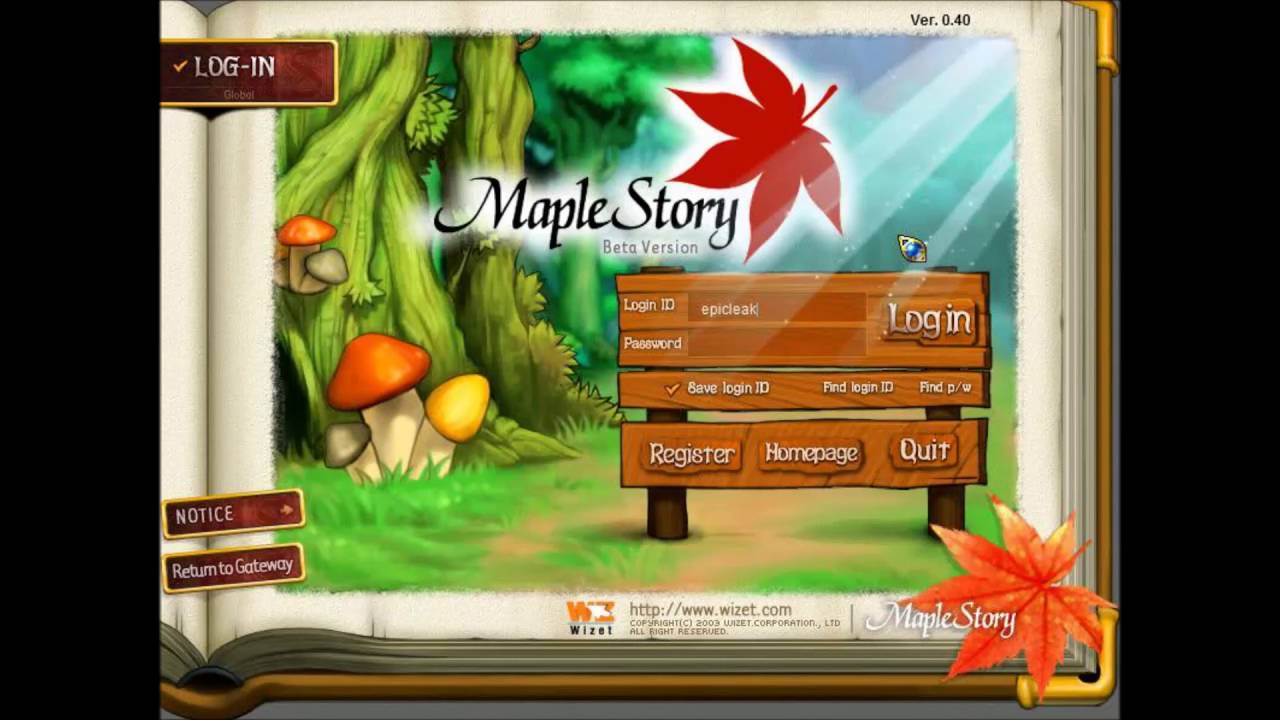 There you have it – 10 of the best and most nostalgic MapleStory soundtracks. Leave a comment below about your favorite song and memory from MapleStory!