With so many different arrow types in Skyrim, it can be confusing to know the differences between them. We’ve ranked the best Skyrim arrows to help out, from lowest to highest damage, along with where you can obtain them. 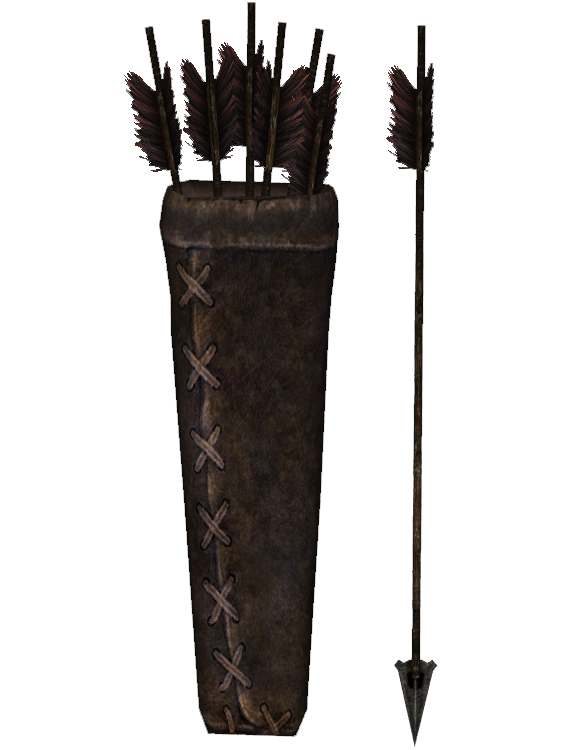 Coming in at 0 damage, the Practice Arrow is the weakest – yet rarest, as they can only be obtained from one person – arrow in Skyrim. You use it to practice your archery at Angi’s Camp, where Angi will give you 10 practice arrows when asked. If she dies, you won’t be able to get anymore of them except through console command. 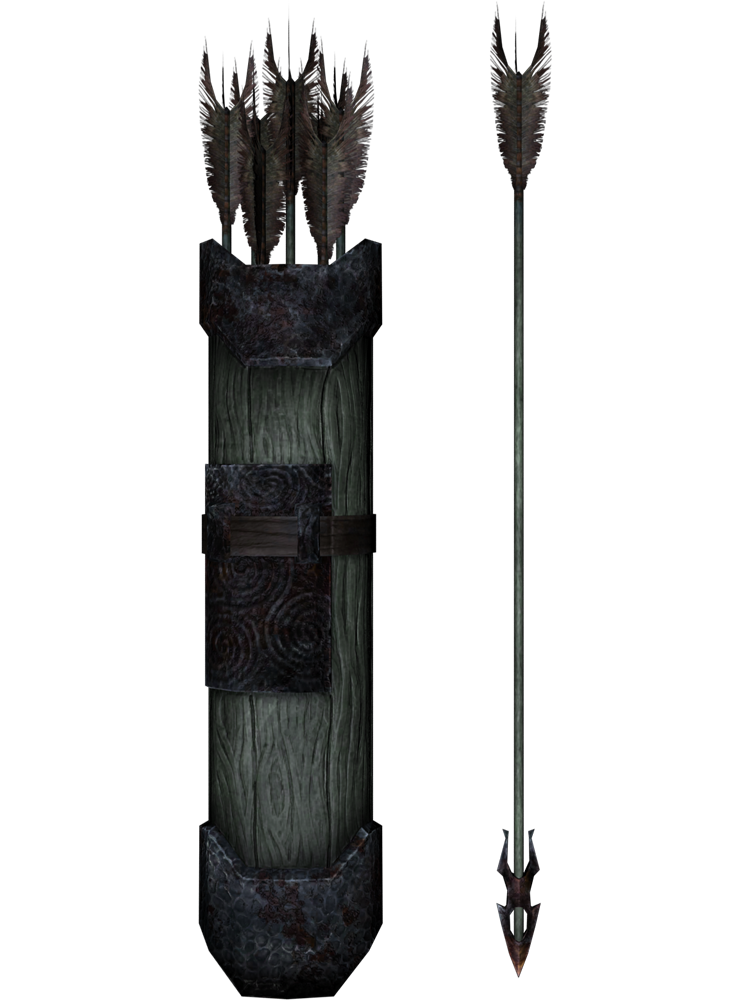 Like the Practice Arrow, the Rusty Arrow is weak but also quite rare. With only 4 damage, they’re impractical but make for a good collector’s item.

They can only be obtained through the fight against Sigdis Gauldurson in Geirmund’s Hall, when his clones shoot Rusty Arrows, or through the Editor Smoke Test Cell via console command by typing in “coc QASmoke”. 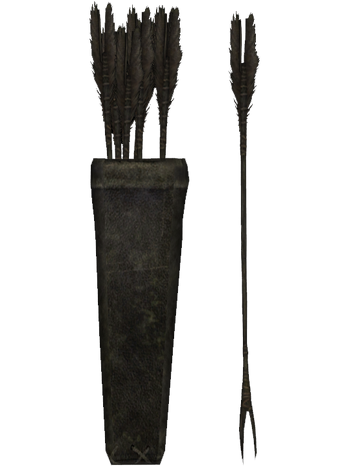 Forsworn Arrows are slightly arrow than the more common Iron Arrow at 7 damage. You can find them by killing Forsworn Archers throughout The Reach camps, as well as in some Dwemer ruins.

Fun fact: They have a double pronged arrow head, along with Bound, Daedric, and Forsworn arrows. 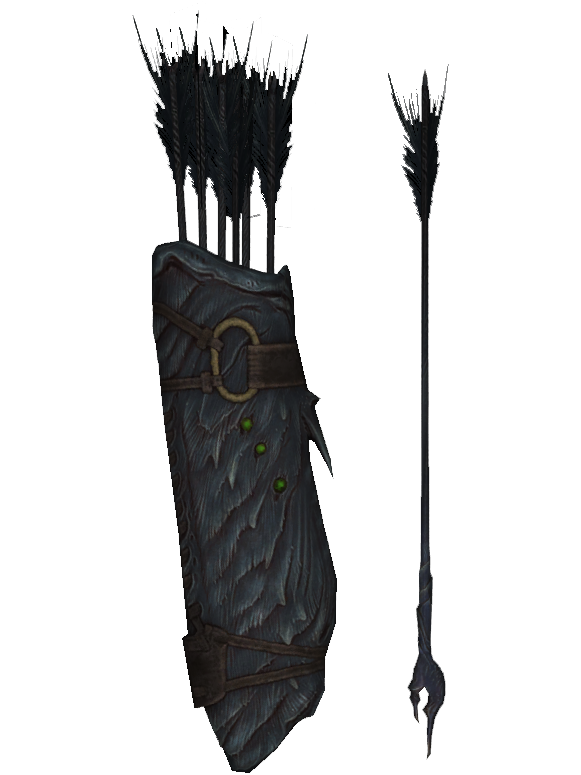 Falmer Arrows can be obtained from Falmers, who interestingly are adept archers despite being blind.

Like most Falmer weapons, the Falmer Arrow is covered by little green bulbs.

Iron Arrows are the most common arrow type in Skyrim. You can find them on most enemies, particularly bandits, and in caves, chests, and dungeons. They can also be bought from weapons merchants.

With the Dawnguard DLC, you can also smith 24 iron arrows using firewood and iron ingot.

Ancient Nord Arrows are the preferred weapon of the Draugr and skeletons. Find them in the Nordic tombs. 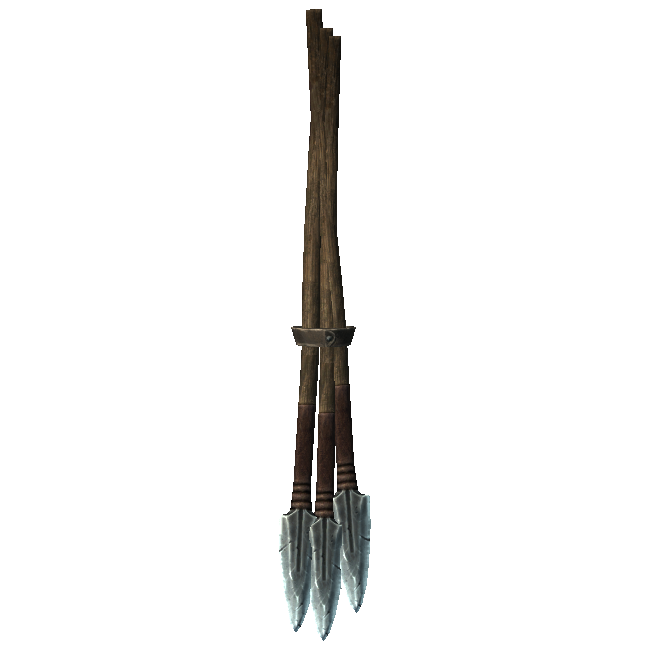 The Riekling Spear is used by Rieklings as both a melee and ranged weapon, but can be used by yourself as an arrow.

However, while it does the same damage as steel arrows, with the spear’s lower attack speed and range you might as well just use steel arrows. 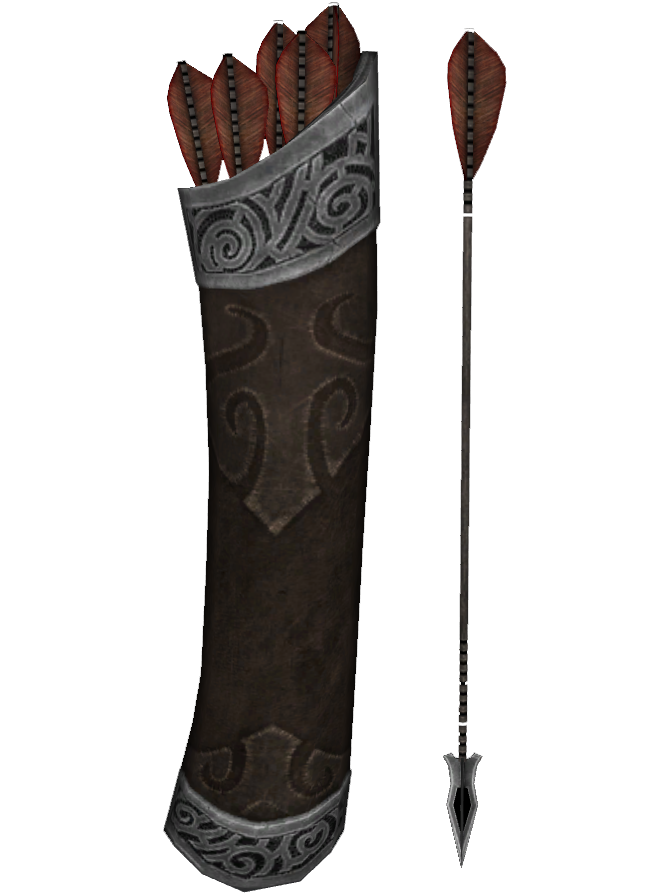 Steel Arrows are the second most common arrow type in Skyrim, after Iron Arrows. You can find them from merchants, Stormcloak Soldiers, Imperial soldiers, and guards. They can also be crafted with firewood and steel ingot in the Dawnguard expansion.

There are a few ways to get infinite Steel Arrows: 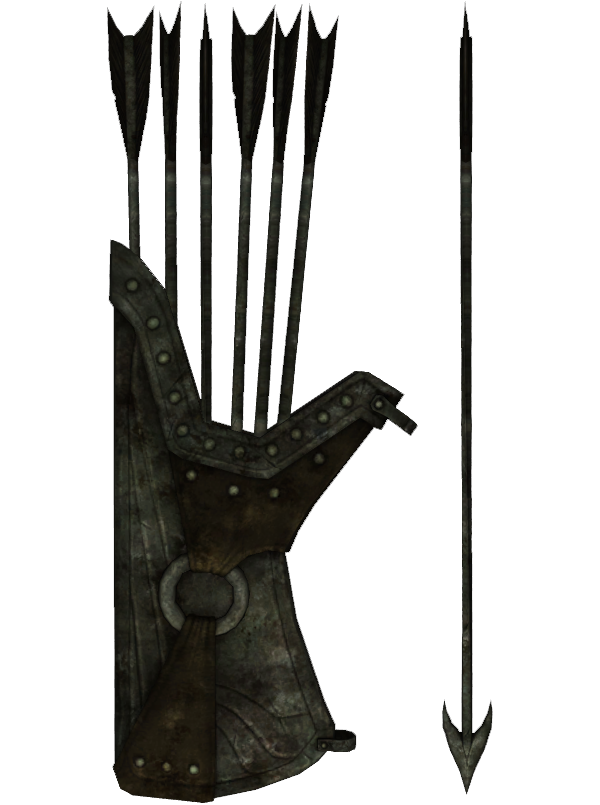 Orcish Arrows are dropped by Forsworn enemies and bandits. Once you’re at least level 6, you can also find them in many general stores and blacksmith shops.

To craft them in the Dawnguard expansion, you’ll need 1 firewood and 1 orichalcum ingot. 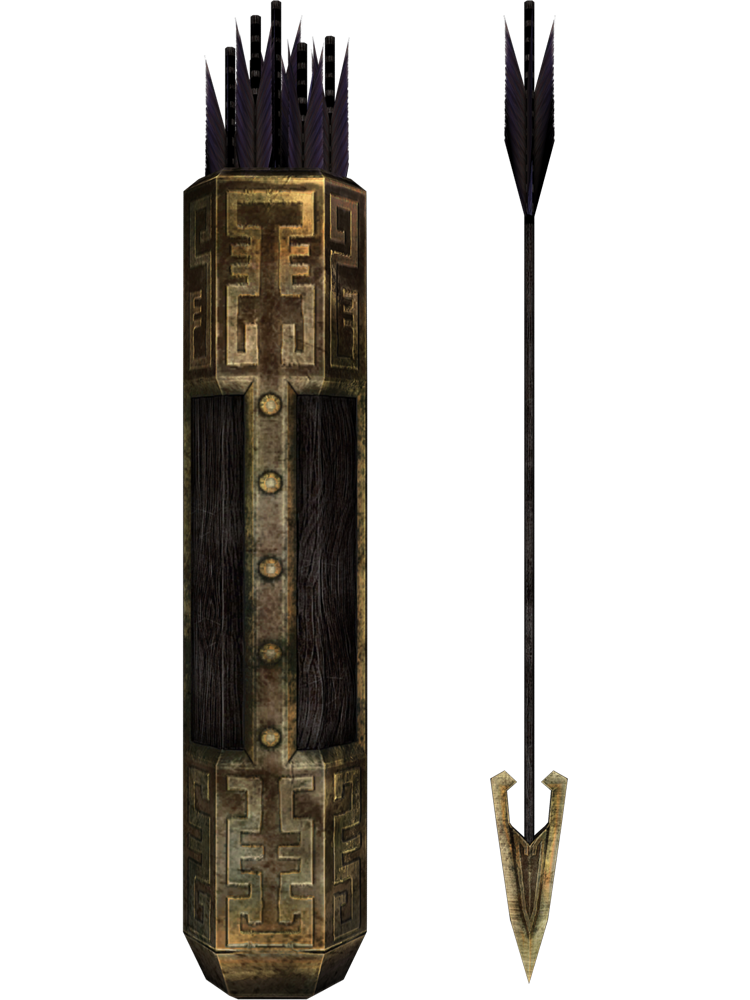 Dwarven Arrows deal good damage for how easy they are to come by. You can find them from Dwemer ruins, high level bandits, or merchants. If you’ve married Aela the Huntress, she’ll have 10-30 to sell in her store every few days.

Dwarven Arrows are also the fastest and most efficiency way to advance your Smithing, as firewood is free and Dwarven metal ingots are easy to come by. 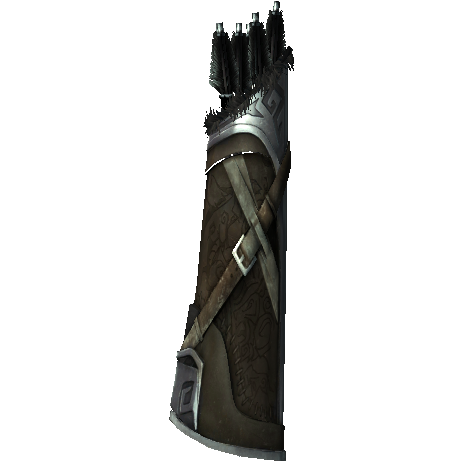 Nordic Arrows deal decent damage but are costly to come by. Other than looting them from Frea, the only way to obtain them is by crafting them with the Advanced Armors perk using Firewood, Quicksilver Ingot, and Steel Ingot.

You’re better off using Dwarven Arrows instead for practical purposes. 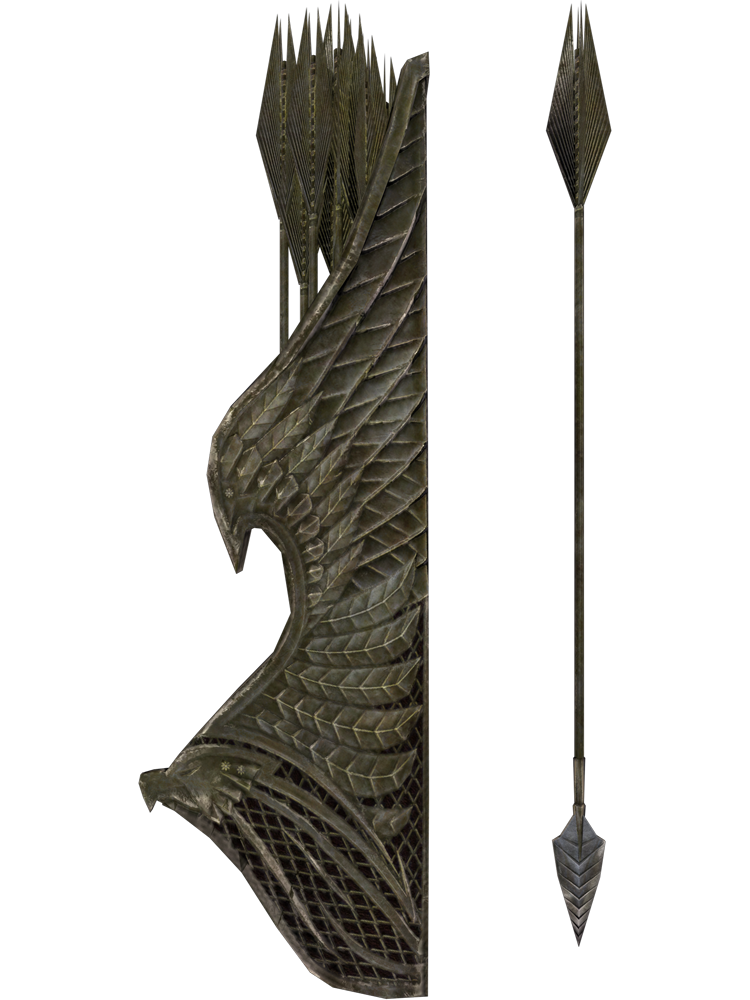 Some ways to obtain Elven Arrows include: 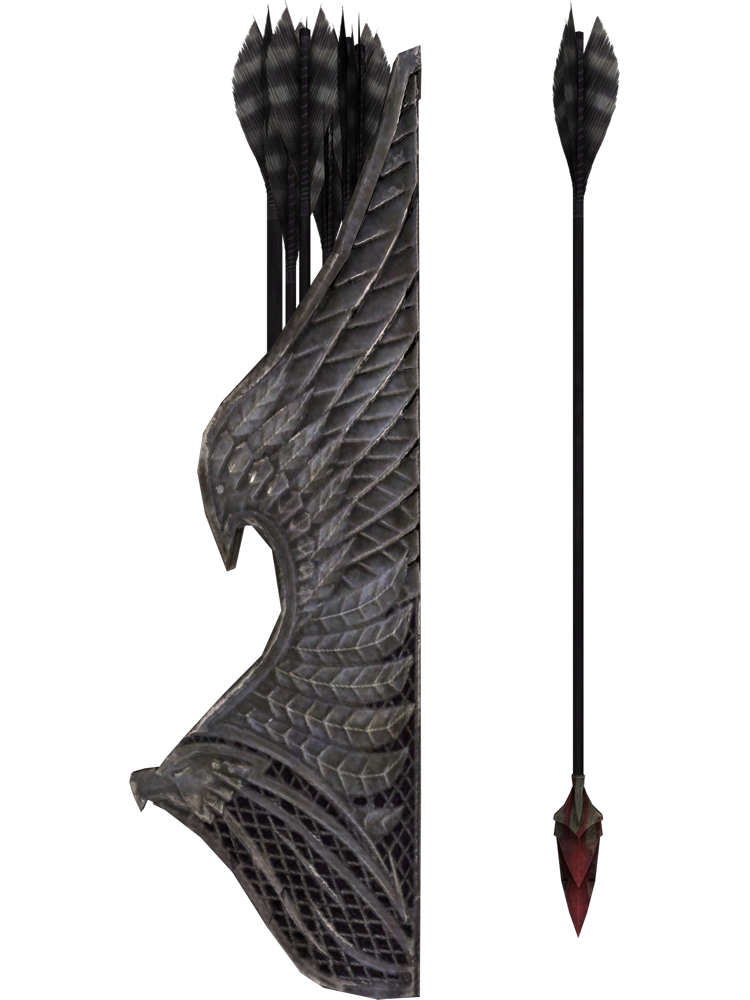 Bloodcursed Elven Arrows are crafted from normal Elven Arrows. If shot from Auriel’s Bow at the sun, these will block out the sun for an entire day. This makes it easier to sneak outside, as enemies without night vision won’t be able to see you. 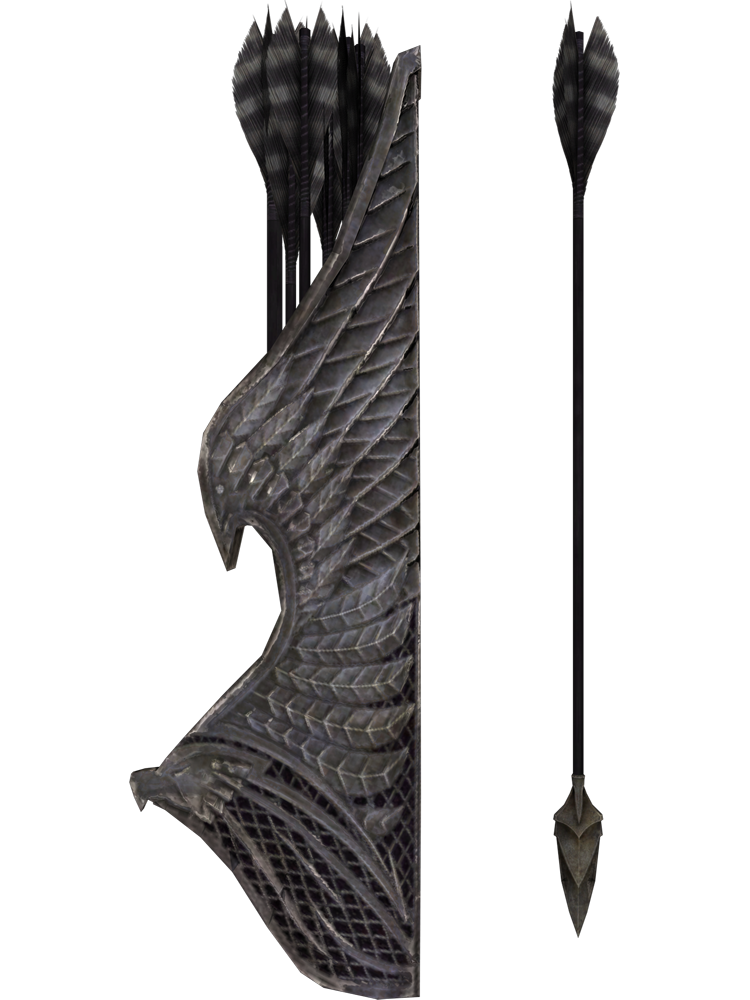 Sunhallowed Elven Arrows are another variant of Elven Arrows, provided by Knight-Paladin Gelebor. They can also be crafted from firewood and refined moonstone with the Elven Smithing perk.

When shot from Auriel’s Bow at an undead enemy, these arrows will cause Sun Damage and some AoE damage to nearby enemies. If you shoot a Sunhallowed Elven Arrow at the sun, sunlight beams will rain down and damage everyone nearby, simlar to Storm Call.

Glass Arrows are probably the coolest looking arrow in Skyrim and have the damage to boot. Like other Glass weapons and armors, they’re constructed from malachite and have a green hue.

These arrows typically won’t appear until well into the game, usually level 25-30 or higher. At these levels, you can find them in small quantities from the following sources:

Dwarven Sphere Centurion Arrows aren’t actually obtainable, except through console commands, and are meant to be purely decorative. You can see them in the display case in the Dwemer Museum of Markath. Unfortunate, because they look awesome with their arrow heads. 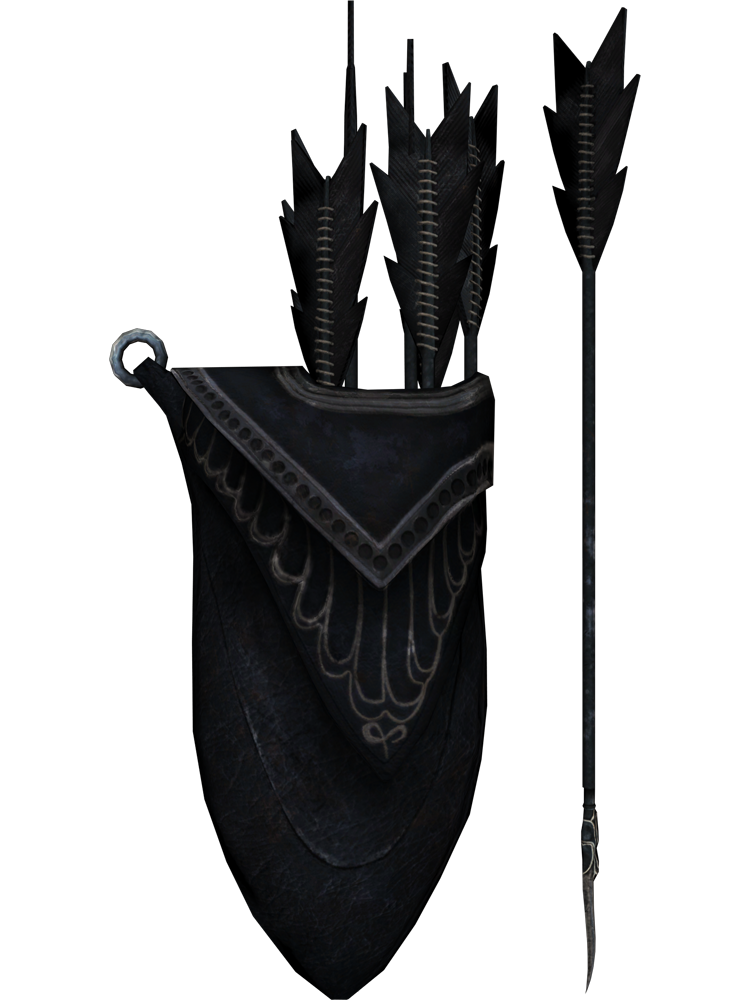 Ebony Arrows are a great arrow choice for the mid-game, as they can be bought from blacksmiths around level 40. The Fletcher in Solitude may even carry Ebony arrows after just level 10+.

You can also obtain Ebony Arrows by killing the Draugr Deathlord in Lost Valkygg ruin, stealing them from Narzulbur the Orc Stronghold, killing Dwarven Centurions, Bandit archers, or crafting them with Ebony Ingots and Firewood.

For how much damage they do, Stalhrim Arrows are pretty easy to obtain, especially when compared to the Daedric or Dragonbone Arrows. You can complete the quest “A New Source of Stalhrim” at any time and then forge Stalhrim Arrows with level 80 Smithing, the Ebony Smithing perk, and 1x Firewood and 1x Stalhrim.

You can also get 16 at a time from Glover Mallory the blacksmith. 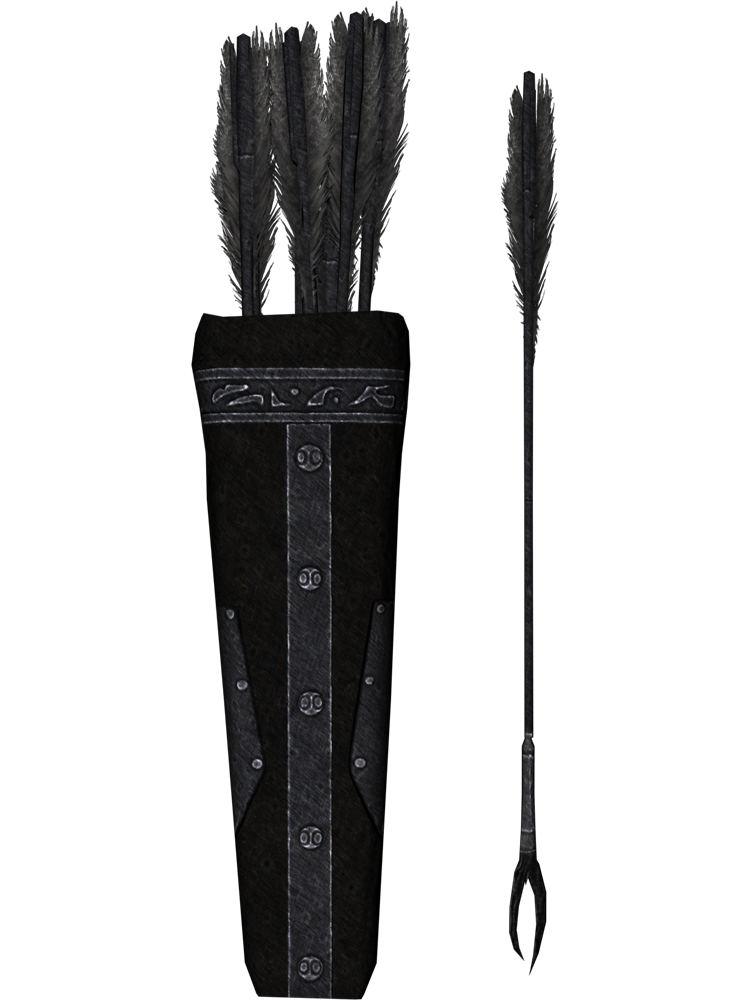 Daedric Arrows are the strongest arrow in the base Skyrim game at 24 damage. They are extremely rare to find, though, and will require you to be at least level 25. 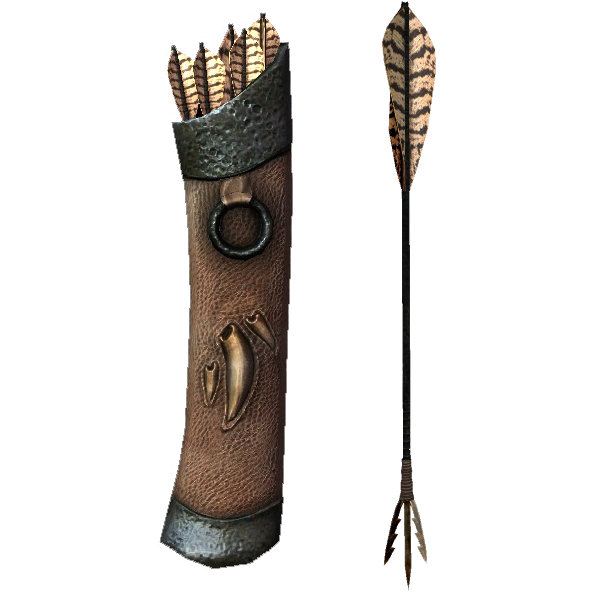 At 25 damage, the Dragonbone Arrow is the strongest arrow in Skyrim with the Dawnguard expansion. However, it’s nearly impossible to obtain a lot of them.

You can either get them from one of the three Keepers in Soul Cairn if you’re level 45+, or by crafting them with level 100 Smithing with Dragon Bone and Firewood.

Why would you use weak arrows in Skyrim over stronger ones?

Can you improve arrows in Skyrim?

What are some unique ways to get more arrows?

How do you calculate bow and arrow damage?

There you have it, the 20 best arrows in Skyrim ranked from worst to best. The strongest arrow is the Dragonbone Arrow, which deals 25 damage per arrow, while the weakest arrow is the Practice Arrow.

3 thoughts on “The 20 Best Arrows in Skyrim, Ranked In Order”