Adventuring by yourself in Skyrim can be lonely. Sometimes you want a companion to socialize with, need someone to help you carry some items, or just provide some backup in combat.

The good news is Skyrim allows you to pick from a number of different NPCs to become your follower.

In general, you want to pick someone who complements your playstyle. If you’re a thief or stealth character, you might want to opt for a Dark Brotherhood follower or Serana as they can Sneak with you.

If you’re a warrior, you might want a backline archer or mage. Just be careful of mages as they can fire indiscriminately – I still remember Illia throwing icy spears at me, which she has yet to apologize for.

Also, pick a follower who shares the same ethics as you. You don’t want your friend turning on you if they have zero crime morality.

With all that said, here are the best Skyrim followers to help you choose from. 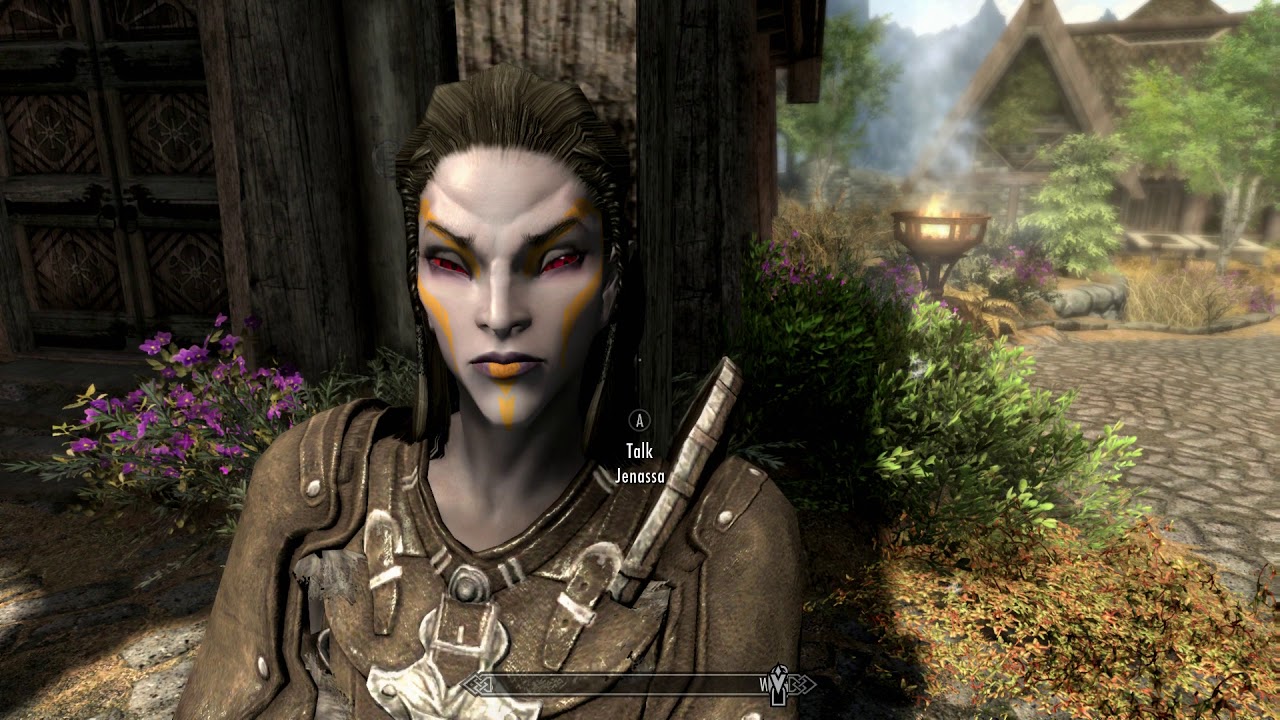 Jenassa is a Dunmer (Dark Elf) mercenary who is one of the best early game followers, especially in vanilla Skyrim. The only downside is her level cap is 40, which is why you might want to find a new companion in the later game.

She specializes in Archery and Sneak, so she can complement Thief play styles and support you from afar in fights. Additionally, Jenassa can also dual wield weapons which makes her a beast in close quarters combat.

She’s great at reacting to threats and can hold her own in dragon fights as she’s 50% resistant to fire. Just be careful, though, as she is capable of dying since she’s a non-essential NPC.

A cool trick you may not know is if you give an NPC an arrow type that’s superior to their default, they can generate an infinite amount for themselves. So you can give Jenassa your Daedric Arrows or Dragonbone Arrows to resupply yourself by picking up her missed arrows.

Given her mercenary status and dark nature, she has no qualms about killing people, even if you order her to attack hold guards. She also doesn’t judge you for doing the same.

In terms of companionship, Jenassa is respectful and has a pleasant sounding, calm voice. She won’t blabber in your ear unnecessarily. If you decide you really want to solidify your partnership with Jenassa, you can marry her by equipping the Amulet of Mara and talking to her.

Find Jenassa in Whiterun in The Drunken Huntsman tavern and have her join you for just 500 gold.

Frea is a Skaal (Nord) shaman and is a potential companion if you have the Dragonborn DLC.

Frea is one of the best followers from a pure damage and combat perspective, just after Durak. Like Jenassa, she can dual wield to dish out a ton of damage, has great base line stats in terms of Health, Magicka, and Stamina, wears heavy armor, and has no level cap. She also heals herself during combat to keep fighting longer.

In terms of dialogue, Frea is one of the few followers that provides new context based on certain environments or situations. She never complains either, even if you accidentally whack her in the head (speaking from experience – sorry, Frea!).

Find Frea in Solstheim in the Skaal Village. To have her join you, first complete The Fate of the Skaal quest then either persuade her if your Speech is at least 25 or bribe her. 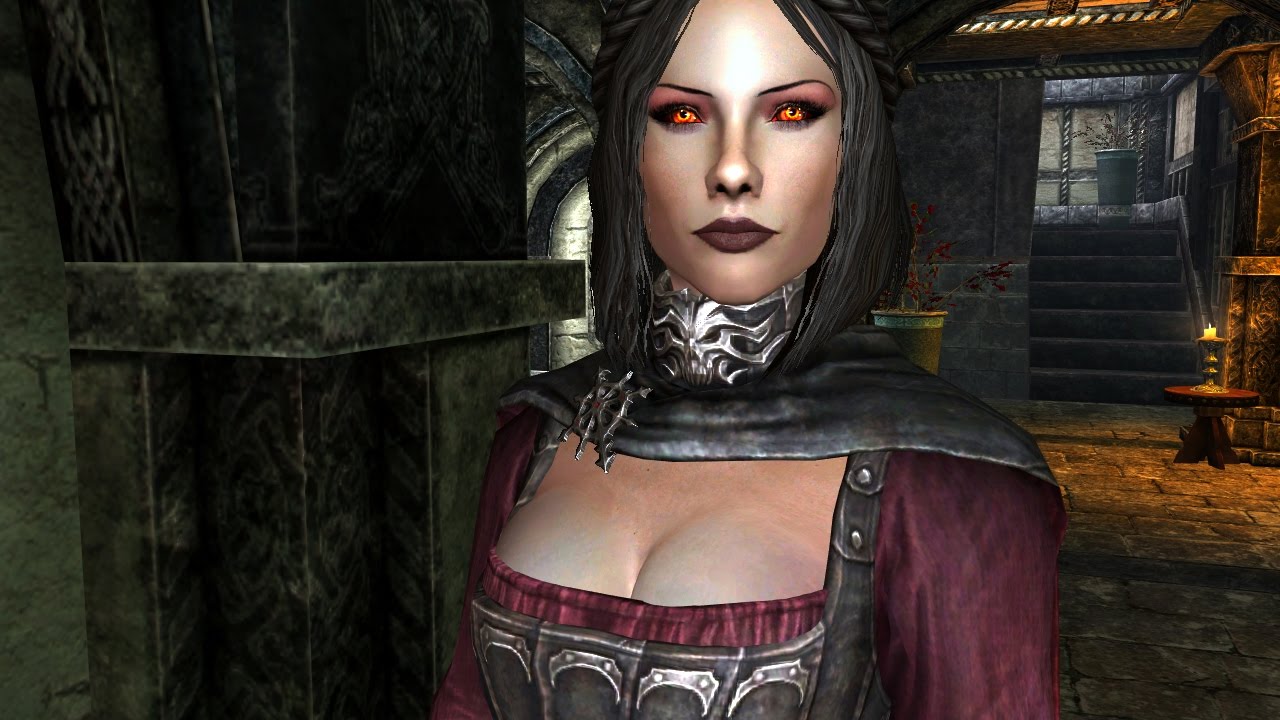 As an ancient pure-blood vampire, Serana is one of the Daughters of Coldharbour. She is a part of the Dawnguard DLC and caps out at level 50.

What makes Serana a good follower is her necromancy fighting style combined with her sneak ability, which is rare among mages. She can resurrect the dead – both humans and creatures, including powerful Daedras – so essentially you have two followers fighting for you at times. Her destruction spells are devastating and she can life drain enemies. She also happens to be an Essential character, so you can rest safe knowing she won’t die on you.

Serana’s biggest drawback is how much she complains. The weather isn’t that bad, OK?! Seriously, don’t underestimate how annoying it is to adventure with someone who whines a lot.

Her stealth also isn’t perfect, despite it being level 100. So if you play a sneak style she might ruin it for you from time to time.

Serena’s location depends on which faction you belong to in the Dawnguard DLC. If Dawnguard, go to Fort Dawnguard – if Volkihar vampires, go to Volkihar Keep to find her.

Most of the followers we’ve seen so far are primarily ranged damage dealers, but Mjoll is essentially a pure tank making her a great companion if you need some extra melee presence in fights.

She maxes out her Heavy Armor and Two-Handed skills at her level cap of 40 alongside a beefy 580 health and good block. If you’re playing as a mage or archer, Mjoll is a great companion for your fighting style. Since she’s Essential, she can’t die either.

As a companion, she talks a lot about her upbringing and past. You’ll come to realize she’s a genuinely good person all around. This can actually be a nuisance though if you break the law a lot, as she’ll give you an earful every time.

If you decide to marry Mjoll, she opens up a shop where she shares the daily profits with you every day, starting from 100 gold and increasing by 100 daily.

Find Mjoll wandering around Riften, in Aerin’s House at night, or in the Bee and Barb Inn. You’ll need to complete the Grimsever quest to recruit her.

Teldryn Sero is another Dunmer mercenary for hire that makes our list. He’s available in the Dragonborn DLC and caps out at level 60.

Teldryn’s fighting style is as a Spellsword, meaning he combines melee combat and magic to wreak havoc on foes. His high One-Handed and Destruction skills are high, but he also can summon a flame atronach through Conjuration. When he does, he then uses Destruction magic from afar to support. Teldryn also has the Fast Healing ability to heal himself.

Seriously, the dude can do basically everything. Bring him with you when you just want to destroy everything in sight.

As a social companion, Teldryn provides witty commentary and is a pleasure to be around.

You can find Teldryn Sero at The Retching Netch Inn in Raven Rock, where he’ll follow you for 500 gold. 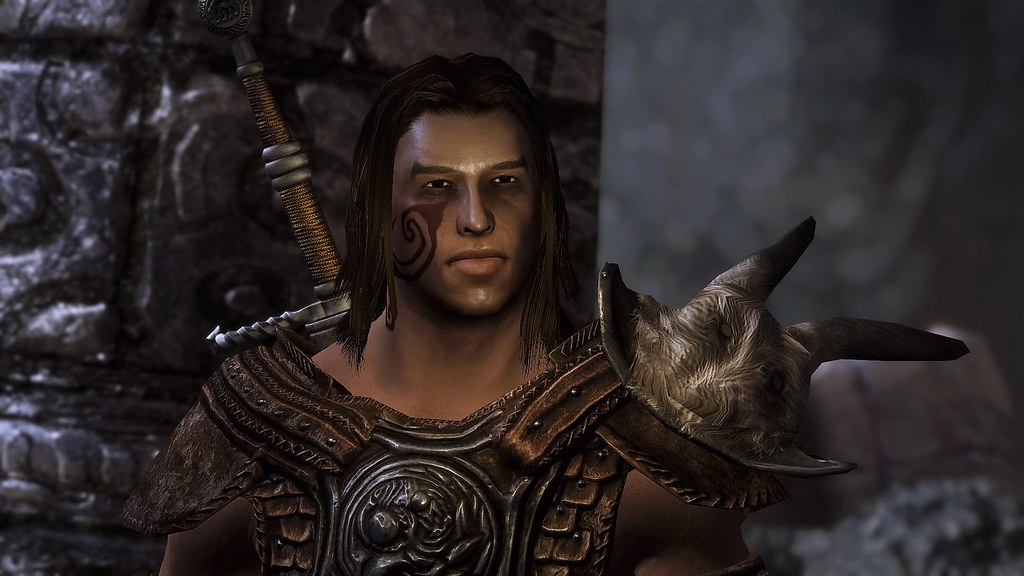 Vorstag is a Nord of the warrior class who’s a good follower for rogue or mage players.

In combat, Vorstag specializes in Heavy Armor, Archery and One-handed skills. He can snipe dragons from afar which is super helpful. He caps out at level 40, though, so won’t scale indefinitely.

He may not be the strongest fighter amongst those listed here, but he’s polite and entertaining. Vorstag willingly carries your items, no questions asked, and makes good conversation. One of Vorstag’s quirks is that he seems to have a fascination for dwarves, specifically the Dwemer ruins.

Recruit Vorstag at the Silver-Blood Inn for a fee of 500 gold. If you want, you can also marry him after wearing the Amulet of Mara. 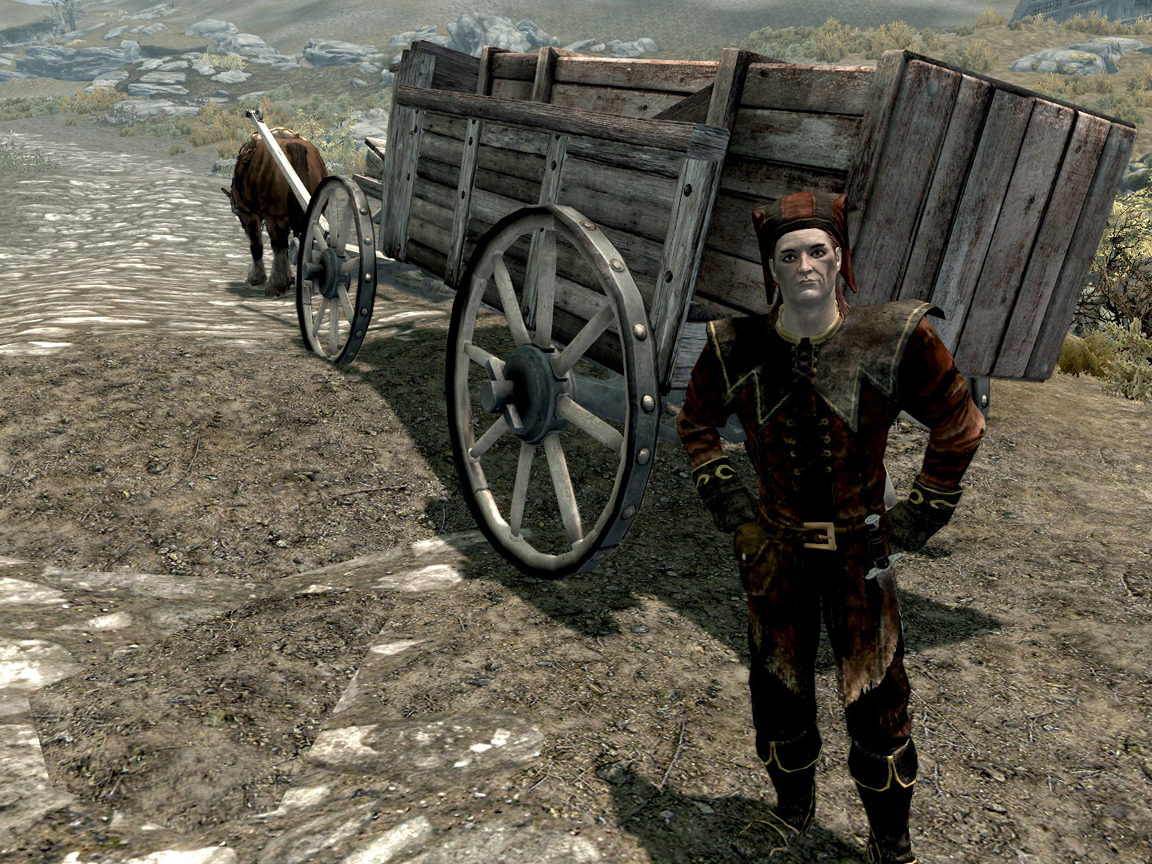 Cicero is a one of a kind jester you’ll either love or hate. If you can deal with his eccentric antics, high-pitched voice, and random dance parties though, he makes for an amusing follower that is sure to keep you entertained.

Combat-wise, Cicero can hold his own as an Essential character and tends to be quite blood thirsty. He caps out at level 50 with max One-Handed and Sneak and high Light Armor and Archery. Give him a good dagger and he’ll go to town on anyone. It’s also fun watching him do Sneak rolls to get behind unsuspecting enemies. Durak is the first Orsimer (Orc) to make the list! As a ranger of the Dawnguard, Durak makes for a great light armor companion specializing in Archery, One-Handed, Block and Light Armor.

On paper, Durak actually has the best stats amongst followers in vanilla Skyrim. This is because he is the only follower without a perk/skill weight mismatch and with no level cap. Now, Skyrim isn’t actually challenging enough to warrant having to optimize for followers this way, but it’s good to know if you just want the best follower in terms of absolute strength.

To recruit Durak, complete the Prophet quest and he’ll be available as a follower. 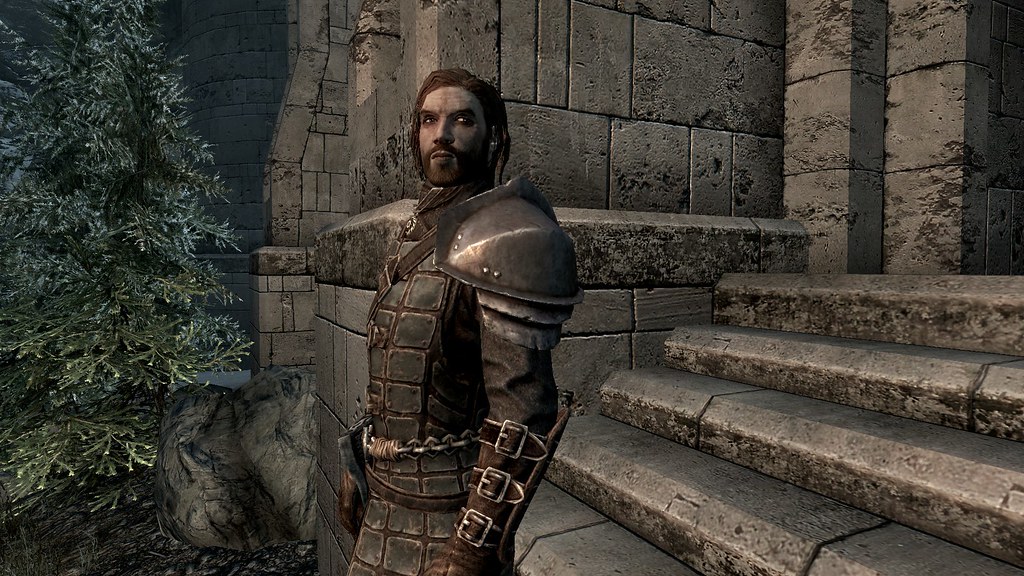 Celann is another member of the Dawnguard. As a Breton warrior, he specializes in Heavy Armor and One-handed, with light skills in Archery and Block.

With his perks of ExtraDamage  and the Two-Handed power attack perk, Celann scales very well into the late game.

Like Durak, he has no level cap and is available as a follower after the Prophet quest is completed. 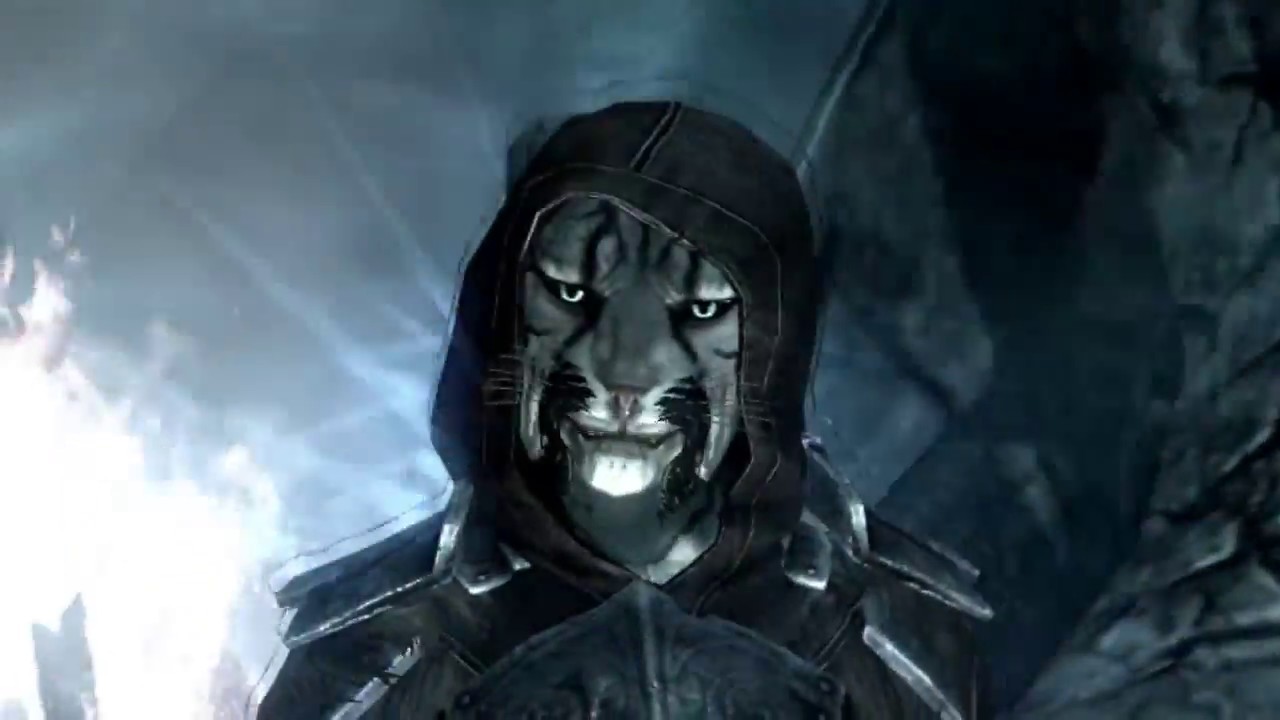 J’zargo is a Khajiit (read: cat) mage that’s a fun companion to have if you’re looking for some variety from the usual humanoids.

J’zargo is best used as a backline mage damage dealer who can use destruction, restoration, and illusion spells. He can also cast Paralyze, which is useful in a variety of situations and makes for some hilarious moments. Next time you see an enemy on the edge of a cliff, paralyze him and watch what happens.

While J’zargo scales with you indefinitely as he has no level cap, he’s still very susceptible to dying given his glass cannon status. If you partner with J’zargo, just make sure you’re tanking for him.

Find him in the Hall of Attainment or Hall of the Elements at the College of Winterhold, where you can complete his quest to have him follow you.

There you have it, our list of the top 10 best Skyrim followers.

As an honorary mention, we’ll also include Inigo if you have his mod installed.

Let us know who your favorite follower or companion in Skyrim is in the comments below!