Now that Pokemon Sword and Shield has been out for a bit and people have had time to experiment, is there a definitive answer as to which starter Pokemon is best? It’s a question that has plagued players ever since the first Pokemon game, when you had to make the tough choice between Squirtle, Bulbasaur, and Charmander (personally, I was always Team Squirtle).

In Sword & Shield, the answer seems to be a resounding yes, there is a best starter. Scorbunny looks to be the strongest and most useful by far. We’ll take a look at each of the three starters – Scorbunny, Grookey, and Sobble – in detail to see why this is. 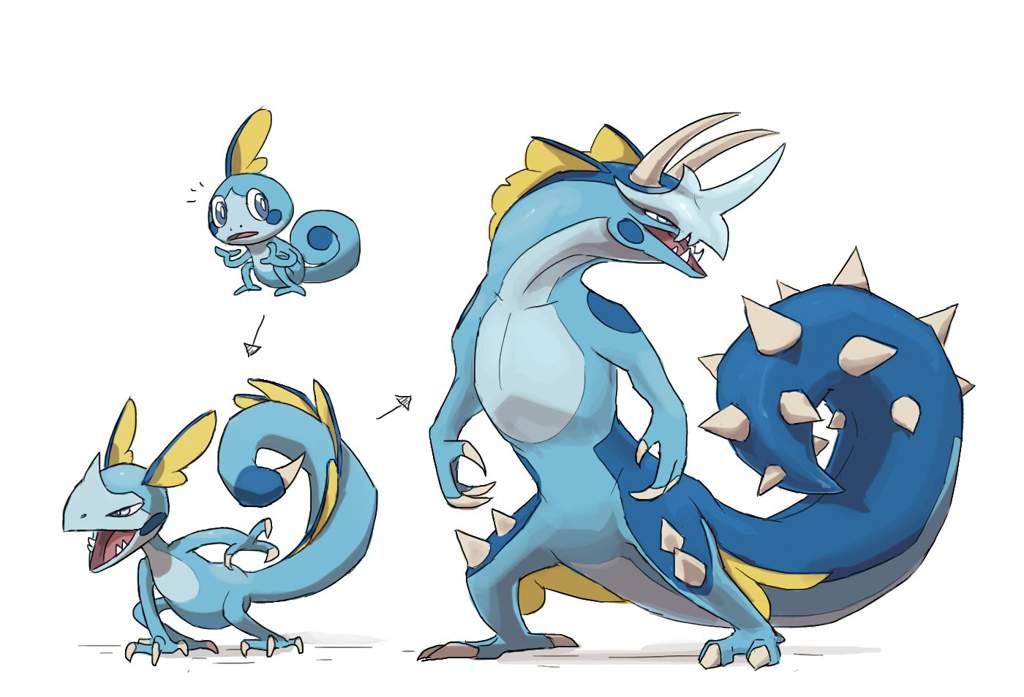 Starting off, we have Sobble, the Water-type starter. It evolves into Drizzile at Level 16 and Intelleon at Level 35, remaining a pure Water-type throughout.

Inteleon’s signature move is Snipe Shot, which deals 80 damage and ignores opponents’ moves or abilities that draw in moves. It can avoid abilities like Storm Drain, but without a secondary effect this signature move still feels lackluster compared to the others.

With 125 special attack damage and 120 speed, Inteleon at least has the best base stats of the three evolved starters. But this isn’t enough to make up for its relatively weaker signature moves and hidden abilities, which is why Sobble can be considered the weakest of the starting Pokemon. 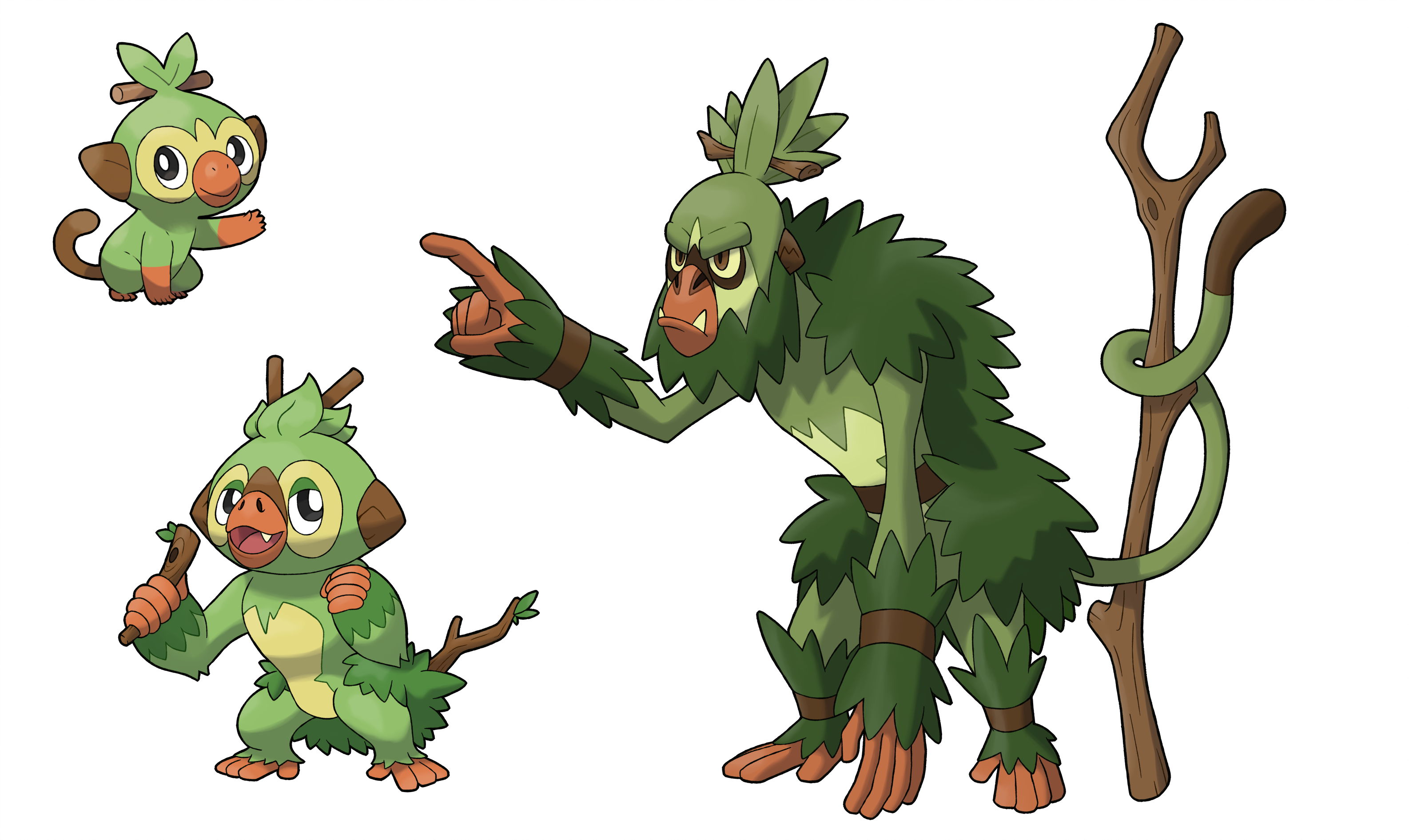 Moving on we have Grookey, the Grass-type Pokemon. This upbeat Pokemon evolves into Thwackey at Level 16 and Rillaboom at Level 35.

The signature move of Rillaboom is Drum Beating, which is a physical Grass-type attack that has 80 base power and also lowers a target’s speed by 100%. This isn’t a bad move by any means, as it can be considered a stronger Bulldoze move.

Rillaboom’s hidden ability is Grassy Surge, which spawns Grassy Terrain on the spot. Grassy Terrain has a number of effects, some of which include healing 1/16 of a Pokemon’s max HP every turn and boosting the power of Grass-type moves by 50%. This move is pretty strong and can help you turn the tide of unfavorable battles.

All things considered, Grookey is overall a good starter Pokemon. Stronger than Sobble, but not as strong as Scorbunny as we’ll see below.

Scorbunny is the fire type starter Pokemon in Sword and Shield. As its name suggests, it’s akin to a bunny and is recognized by its characteristic bandage above its nose. Scorbunny evolves into Raboot at Level 16, which then evolves into Cinderace at Level 35.

The primary reason Scorbunny is the strongest starter of the trio is because of Cinderace’s signature move, Pyro Ball. This Fire-type ability has 120 base power and 90 percent accuracy, making it one of the strongest moves in the game. While the move can only be used five times (5 pp), that’s usually plenty and can also leave the enemy with the Burn status. Compared to the other trio’s signature moves of 80 base power, Cinderace’s move is 1.5x stronger.

The other reason Cinderace (and therefore Scorbunny) is so good is because of its hidden ability: Libero. This changes the Pokemon’s type to the Type of move it’s about to use. This gives it same-type attack bonus on every move it uses. Essentially, it’s the Protean ability, and we’ve seen how strong or even busted that move has been.

Cinderace also has two signature moves instead of just one. Along with Libero, the other is called Court Change, which swaps the effects on either side of the field. This is akin to Magic Bounce, but it can also steal Screens and push all hazards to the other side. So far, hidden abilities haven’t been released yet, but once they do Cinderace will be even more of a force in combat.

These two reasons alone would be enough to say Scorbunny is the strongest starter, but there’s more.

The early game also seems to contain fewer Fire-type Pokemon to catch, making Scorbunny a valued asset to your roster. And the late game in Sword and Shield happens to be dominated by primarily Ice and Steel-type Pokemon, which are both weak to fire.

So now that we’ve analyzed each of the three starter Pokemon, it seems clear which starter got the favoritism treatment. Scorbunny has the best signature move, best hidden ability, easiest rival fight, and easiest early and late game, making it hands down the best starter Pokemon.

However, don’t let this dissuade you from choosing one of the other starters. Sobble and Grookey are both viable options in your Sword & Shield journey, and ultimately it’s about fun at the end of the day, not how much absolute damage one Pokemon dishes out over another. And hey, if you like a challenge, then perhaps you actually don’t want to opt for Scorbunny anyway.