Most Yugioh monsters can be pretty scary – think of all the zombies, dragons, fiends, and beasts that are probably in your deck.

But with over 7,000 unique Yugioh cards out there, there are also plenty of cute monsters to balance things out.

Whether you’re looking to add some cuteness to your binder or your actual deck (defeating an opponent with a bunch of fluffballs or chibis is hilarious), here are 10 of the cutest Yugioh cards. Are flip monsters still relevant? Unfortunately they tend to be too slow in competitive Yugioh matches. But that doesn’t mean Cheepcheepcheep isn’t one of the cutest Yugioh cards out there. If you want to add it to a deck, try to have A Feint Plan to keep him alive to flip on your next turn. 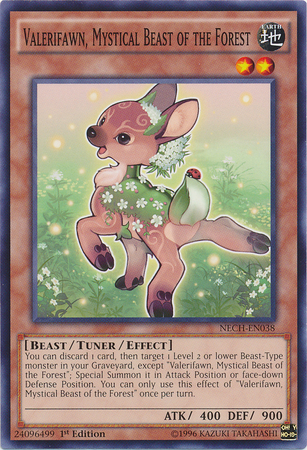 Valerifawn is like a cute baby reindeer or Bambi. Why wouldn’t you want one of these in your deck? Its effect allowing you to summon a Level 2 or lower Beast-type monster from your Graveyard works well in any Beast deck. Pairs especially well with other Mystical Beast of the Forest cards like Uniflora and Kalantosa. The Madolche archetype consists of various Fairy monsters that are, as their name implies, sweet. Madolche Anjelly in particular is a vital piece of any Madolche deck, as it allows the engine to run as a standalone without another engine like Psychics or T.G.s. Have you ever seen a cuter raccoon? I sure haven’t. Baby Raccoon Ponpoko pairs nicely with Valerifawn and other beast monsters. Other staple cards you’d want to include in a deck with him are Rescue Cat, Ronin Raccoon Sandayu, Amazoness Baby Tiger, Naturia Beast. Poki Draco is perhaps the cutest dragon in Yugioh. He looks so harmless and just look at that little bandaid on his head! As part of a deck, Poki Draco works well as part of any dragon engine or Dragon Destroyer deck due to its effect for easy tributes. It’s a cat…no, it’s a shark…it’s a cat shark? Whatever it is, don’t let this beast’s cuteness trick you – its effect of doubling any rank 4 or lower Xyz’s attack is really powerful. Combo it with Spoiled Angel, Daigusto Phoenix, or Ghostrick Dolls. Mokey Mokey is another card released in 2004. This cute little angel seems to have no clue what’s going on in the battlefield. You can create a deck by combining Mokey Mokey + Mokey Mokey King + Mokey Smackdown, but it probably won’t fair too well against the newer deck builds. 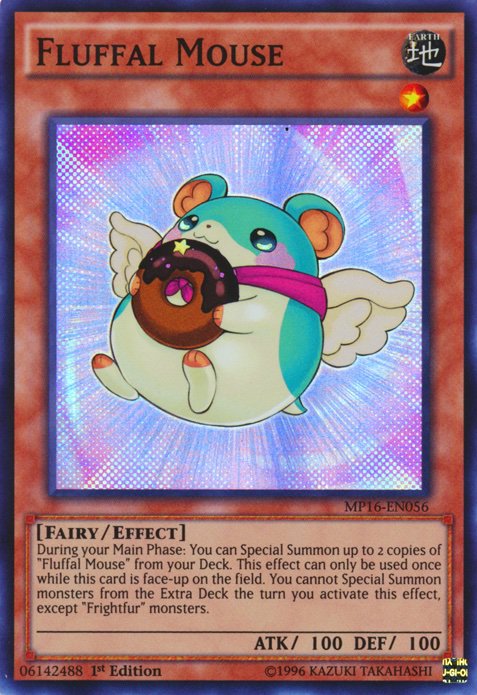 All of the Fluffals are so adorable we could fill this entire list with just them. But choosing just one, I’d go with the Fluffal Mouse. Fluffals are great for a recycle deck or OTK deck where you spam different Fluffal animals over and over. It was a tough choice between Pikeru and Ebon Magician Curran, but ultimately Pikeru won out. Released in 2004, White Magician Pikeru is one of the older cards in Yugioh so unfortunately doesn’t see much play anymore. If you want to use her in a deck, try pairing her with Curran, Astral Barrier and Spirit Barrier. In a list of cutest Yugioh cards, it’s fitting that the ‘so cute boss’ wins it. The card retails for about $1, so you’ll probably want to sleeve it if you have it in your collection.

Ghostrick decks can be fun to play but unfortunately don’t see much action, as they tend to be quite reactive.

There you have it, the 10 cutest cards in Yugioh. Let us know what you think some of the cutest Yugioh cards are in the comments below!