One of the many farm items you’ll encounter in Stardew Valley is hay. Hay is used to feed your animals when they’re inside, and is essentially important in the winter months. We’ve drafted a quick useful guide to help you make hay in Stardew Valley. 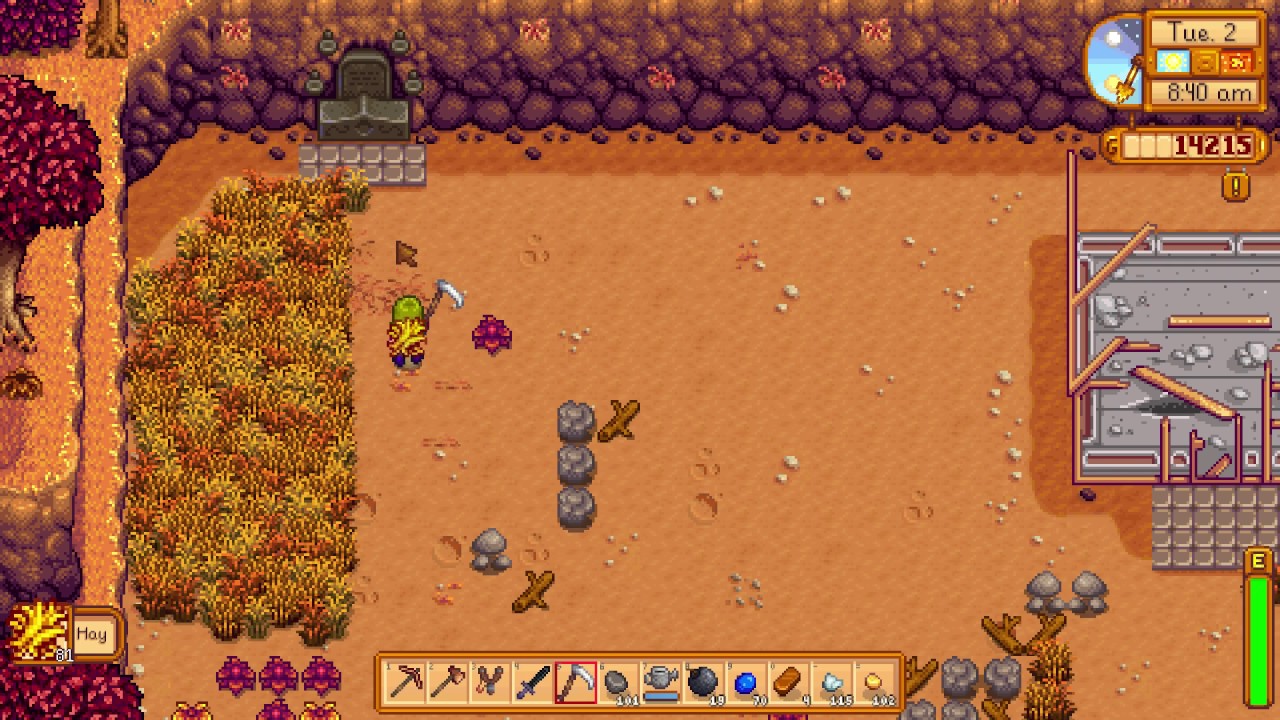 To make hay, you’ll need a Scythe that harvests tall grass that gets stored in your Silo. In order to build a Silo, you can either buy it from Robin for 100g and wait two days, or build it yourself. To build a silo, you’ll need the following materials:

Each silo can hold up to 240 units of hay, which is typically enough for eight animals through the winter. So if you have more than eight animals on your farm, you’ll want to have at least two silos.

Once your silo is built, you can start harvesting grass. You have a 50% chance of turning grass into hay so make sure you have enough grass on the farm to produce the hay you need. It’s recommended you start harvesting hay as soon as possible, so that you don’t get blindsided when winter suddenly comes.

To get hay out of a silo, simply place a Hay Hopper in your barn or coop. Once you have a Deluxe Barn or Deluxe Coop, it’ll automatically move hay from your silo to the barn/coop to feed the animals.

If you find yourself short on hay, you can also buy hay from Marnie for 50g each. Some people think buying hay is a waste of gold, but it’s actually a great investment. For example, one hay feeds one chicken, which produces one egg. That egg can become mayonnaise, which you can then sell for 190g. That’s 140 gold profit per hay purchased, all without managing grass or building a silo or dedicating farm space to it. Mayonnaise is also the cheapest return on investment – duck eggs return a profit of 275 gold per hay.